I hesitate to do this, but I must. It’s time to lay down the law for you people. You need a set of rules for your use of social media. I’m not so much concerned about how you interact with each other. My concern is more personal. It’s about how you can better interact with me. After all, that’s what important here.

A few years ago, I prepared a simple users guide for newcomers to Facebook. I must say that you failed miserably in following my advice. I am undaunted. My enjoyment of social is important to all of us and certainly worth preserving. Let’s get started.

If I follow you or we’re friends on social media, your posts appear on my timeline. Think about that. I see what you post. You may not have thought that through. Your memes, photos, status updates and sundry ravings all pass before me. Let’s try to keep it entertaining.

What do I like? A lot of things. Babies are cute. Most small kids are, too. Jokes are good, too, as long as they’re funny. I like a clever pun. Pictures of you are okay, too, but try to make them interesting. Your selfies get tedious, unless you’re really attractive. It’s best not to risk it. Let’s keep it PG-13, too. There are other places to go on the Internet for more “mature” material.

There are many things I don’t need to see. Abused children and animals top that list. If there is a person who must see photos to know these things are bad, that person is either  stupid or insane. As far as you know, I am neither of those. Oh, and no one needs to see dead people. People who want to see pictures of dead people are dangerously disturbed. Don’t indulge them.

I know what you’re thinking: I’m unsure of what to do. What if my posts aren’t entertaining? There are three categories which never fail to entertain me: 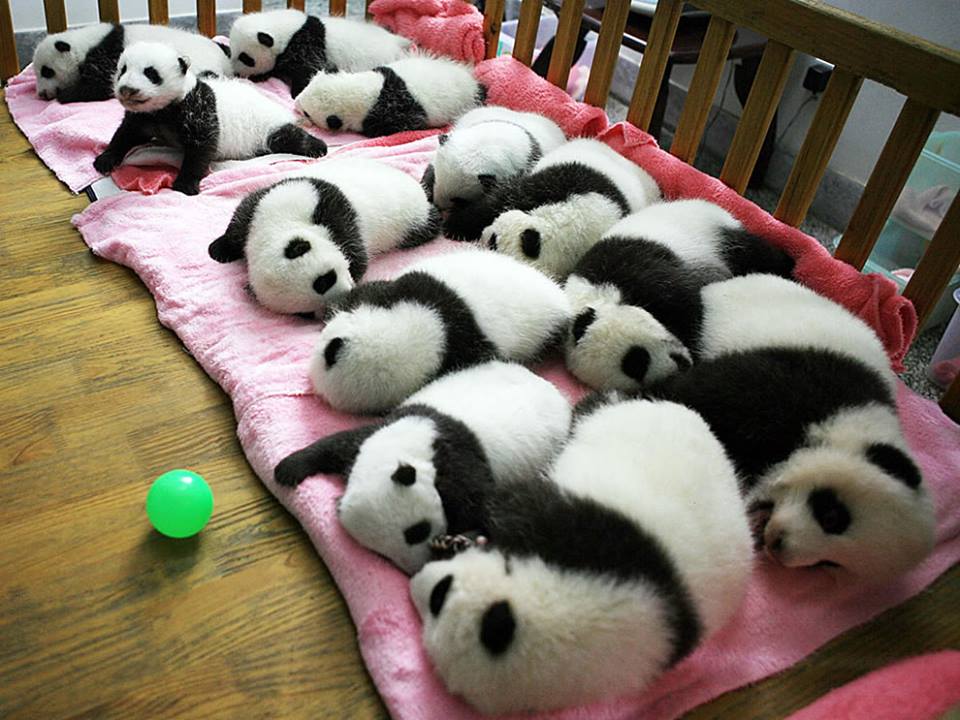 I’m smiling. Don’t confuse Giant Pandas (the adorable ones) with Red Pandas. According to my research, the Red Panda is a weasel-like beast, a kind of tricked-out raccoon. I’m not saying that they don’t have their merits, but they aren’t cute enough to entertain me.

I realize not everyone likes monkeys riding dogs. Here in Lexington, Kentucky, our local minor league baseball team actually cancelled a dog-riding monkey show because people complained. I guess it’s not good for the monkeys or maybe the dogs. I disagree. I’ve watched those videos. The monkeys are clearly having a blast. As for the dogs, they seem fine. Dogs are pretty affable, you know. It’s not like they’re riding Maltese or Chihuahuas. If it were apes, there might be a point. Apes are big and can be dangerous. Besides, we humans ride horses. We even race them, and I’m not 100% sure the horses even know they are in a race. We are in no position to judge monkeys–or dogs, for that matter.

I’ll admit that this is a little odd. What can I say? I’m a fan. I live in Lexington, Kentucky, a city which has an usual number of car-on-building accidents (if that’s what they really are). I’ll just say it–I am the one who first identified this phenomenon. It happens all the time here. Here’s a typical post:

I don’t know why this happens, but it entertains me, and that’s the point. One rule–don’t post about one if someone gets killed or seriously injured. The humor is in the property damage. Some folks are so kind as to post these and tag me so that I don’t miss out. Those people get it, and I like them for it.

As much as I dislike the topic, I must mention politics, specifically your politics. I’ll be blunt: No one cares about your political views. By “no one” I mean me. I once mentioned this in a Facebook post. One “friend” commented that I was wrong and that all his friends were very interested in his views. This same guy later called me a bigot for saying that the presidential election wasn’t the end of the world. It seems unlikely that he actually has any friends. I certainly can’t be counted among them.

I want to be clear about something. I’m not saying that you can’t post about politics. Of course, you can. That’s what the blocking and unfollow functions handle. I don’t have to see them. Prattle on if you must. Where we need to be careful is on commenting on my posts. I rarely say anything political. If I do, it’s fair game. Comment all you want. What you musn’t–nay, can’t–do is make a political comment on a decidedly non-political post. Here’s an example. Let’s say I post this status:

Wow. I can’t believe this warm weather we’re having.

This banal post doesn’t even merit a comment, unless you want to point out that where you are is actually quite cold or some other such equally uninteresting comment. Here are examples that won’t fly with me:

If Trump has his way, global warming will make every day like this.

What I can’t believe how great it is to have Trump as president. I don’t even care about the weather anymore.

The rule is simple: If my post is not political on its face, your comment cannot be.

Unlike politics, I have no problem with religion. I like all kinds of religions. Like Thomas Jefferson, I don’t care if you worship 20 gods or none. Good for you, I say. It’s important, though, to keep it to yourself most of the time.

As with politics, I’m not too concerned about your posts. I can’t force you to be entertaining. The same rules about political comments apply here as well. If I post about a recent sporting event, I don’t need to be reminded that God doesn’t care about it. I also don’t need a bunch of Bible passages cited or quoted. Believe it or not, I know a lot about that stuff–probably as much as you do. You’re not really teaching me anything.

A lot of people ask for prayers on social media. I’m cool with that. Pray for me, too, if you want. One caveat: I can’t participate in “unspoken” prayer requests. You know the ones:

I have an unspoken prayer request. God knows about it.

I don’t know what you’re asking for here. Maybe you’re calling down a curse on me or praying for something like the eruption of a super-volcano. God knows I can’t have that on my conscience.

As much as I am uninterested in your religion, your views on the religion of others is even less compelling. Resist the urge to deride anyone’s religion on my pages or walls or what have you. This is particularly applicable to my atheists friends–and I have quite a few. You folks tend to be very proud of your non-beliefs. Hey, I would be too if I were confident that all the many religions are wrong. Nevertheless, you must resist the urge to continually remind us of your superiority. Careful now, don’t do it in response to this, either.

I’ve not covered everything–sports, for example. It’s annoying when your favorite team wins and you act like you actually contributed to the win. I do the same thing, so I’m not exactly on the high road with this one. Likewise, we carry on about what fabulous, sainted parents we have, forgetting that we know people whose parents were little more than monsters which could procreate for some reason.

You’re probably wondering or perhaps even saying aloud: Why should I care what his clown thinks about what I do on social media? That is, indeed, a valid and thought-provoking question. I suggest, however, you consider that if you can make one person happy every day, you have not lived your life in vain. If that one person is me, we both win.