In a stunning development, this reporter has learned that Raising Cane’s Chicken Fingers has become embroiled (or emfried) in its own marriage controversy.  Raising Cane’s reclusive President, Kane (possibly pictured below), has been investing in several well-known anti-straight marriage organizations for a number of years now.  These groups include Ashley Madison.com, the NFL Network, Playboy Magazine and Ted Haggard Ministries.  When reached for comment, Kane stated:  “Guilty as charged!  Heterosexuals present the greatest threat on Earth to the sanctity of marriage.  I’m proud to say that I stand by my principles in opposing these hellish unions.” 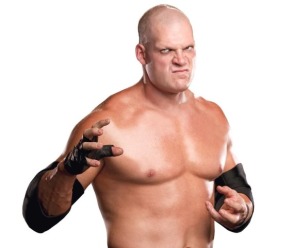 Kane notes that “One day you wake up and your spouse looks like me. Who in their right mind wouldn’t oppose that?”

This foray into such controversy might be a PR mine field, but Kane disagrees:  “Half of all married people get divorced anyway.  I’m certain that the other half want to.  That makes everyone on the planet welcome at our restaurants.”  When asked if his open prejudice applied to same-sex marriage, Kane responded:  “Not yet, but give it some time.  They haven’t had enough time to make a mockery of their wedding vows.  I’m confident that they will.” 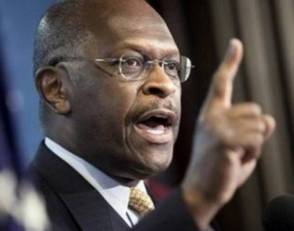 When reached for comment, Herman Cain said: “I don’t have anything to do with that place, but they might be on to something!”

Raising Cane’s actually derives its name from the original Cane whose parents were, according to many, the first married couple.  Kane notes that he–and everyone else–is a direct descendant of the murderous offspring of Adam and Eve.  “Look at the facts.  The first married couple and–BOOM!–they produce a homicidal maniac. Let’s face it.  It’s gone downhill from there.  Paul said it was better to marry than to burn.  All I can say is that that sounds like something you’d say if you’d never been married.”

There are over two million marriages a year in the United States.  Raising Cane’s would seem to be courting trouble, but Kane is steadfast.  “We’re inviting God’s judgment on us with every one of those marriages.  Better or worse; richer or poorer; sick and in health–give me a break!  There’s only one thing for certain:  People like fried chicken.  That’s it.”

Dr. Timothy Vanderboosen of a well-known think-tank believes that such prejudice is more widespread than the public realizes.  “Okay. Half of the married people get divorced, right?  Then, they get married again.  I’d call that crazy. My own wife is a complete pain in the ass.  She gained about 50 pounds within 5 years of our wedding and just lies around the house all day watching Oprah.  Oh, and she has a goddamn mustache, too.  I mean, she’d have to do that on purpose, don’t you think? You’d think I could get a decent meal every now and then, but noooo…I’m sorry, what was your question?”

Famed Muppets Ernie and his long-time companion Bert are encouraged by Cane’s stance.  “We may not be welcome at Chik Fil A, but we can still gorge ourselves at Raising Cane’s.  Bert and I don’t give a shit if they’re heterophobic.”  For his part, Kane said:  “Hey, those two little fruit baskets are always welcome at our restaurant.”

Several anti-straight marriage groups have already rallied to support Cane’s.  Rumors are rampant that the thrice-married Newt Gingrich and four-times-married Rush Limbaugh are organizing a “Support Raising Cane’s Day” encouraging everyone who hates marriage to patronize the restaurant.  As part of a promotion, Cane’s is considering giving a house to a lucky male customer for him to give to a woman who hates him.

(Disclaimer:  This is a work of fiction.  Any resemblance between the characters and story and any person living or dead is purely coincidental, except for Kane and Herman Cain, because I used their real pictures. This doesn’t mean that Kane  or Cain said any of things attributed them, which they didn’t as far as I know.  Kane, in particular, should take no offense.  I saw him in a movie called See No Evil where he tore out people’s eyes, which I don’t want to happen to me.  Kane is not really the President of Raising Cane’s nor does Raising Cane’s engage in any such outlandish behavior.  That doesn’t keep me from wishing it were all true.)