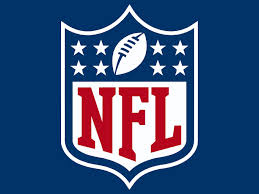 Like all right-thinking Americans, I am a football fan.  I am ready for another season of NFL action.  Here are my daring predictions for the 2013 NFL season:

Week 1:  A notable quarterback will run a keeper out of the read option only to learn (too late) that a large and swift defensive end has been waiting for this play since last February.  All NFL teams will wear a black arm patch in memory of the quarterback.

Week 2: The NFL Rules Committee will adopt the Torso Rule requiring all tackles be made between the belt line and shoulders unless the ball carrier grants permission for a hit in another area.

Week 3:  After studying the new tackling rules, NFL legend Jim Brown will come out of retirement and sign with the Browns.  Brown will find the new NFL much tougher than we he last played in 1965.  The 77-year-old Brown will be held to 66 yards rushing in his first game back.

Week 4: Rex Ryan will be fired after the Jets 55-3 loss to the Buffalo Bills.  Ryan will inexplicably bench Mark Sanchez after one play and replace him with a tackling sled.  The sled will lead the Jets to an early field goal, but will have difficulty mastering the playbook, although not as much difficulty as Sanchez.

Week 5:  After being released by the Patriots, Tim Tebow will still be looking for a new team.  Someone will say “All he does is win.”

Week 6:  Al Davis’s family will announce that they are moving his corpse to Los Angeles.

Week 7:  A player will get arrested for DUI.  He will have a frightening mug shot.

Week 9:  After the Redskins upset the previously undefeated Broncos 24-17, there are no remaining unbeaten teams.  The 1972 Miami Dolphins will act a bunch of assholes.

Week 10:  Scientists at NFL headquarters will transport the Jacksonville Jaguars back in time to 1972 where the Jags will crush the Dolphins 65-0 in what will be known as The Shut The Eff Up Bowl.

Week 11:  Although it is a bye week for Dallas, Tony Romo will nevertheless throw a late interception knocking Dallas out of the playoff picture.

Week 12:  A Pro Bowl player will be suspended after testing positive for a banned substance.  The player will apologize for using gorilla semen salve, claiming that it was prescribed for syphilis.

Week 13:  Eli Manning will throw an interception and look dull-eyed and stupid in a slow motion replay.

Week 15:  Under cover of darkness, the Cleveland Browns will move to Baltimore again.  This time, no one cares–expect Baltimore.

Week 16:  In a touching halftime ceremony, the Bills retire O.J. Simpson’s prison number.  The NFL also  announces that no future imprisoned NFL player may ever wear the number again.

Week 17:  Ben Roethlisberger will be benched after displaying concussion-like symptoms.  After a thorough examination, NFL doctors will clear him to play, concluding that he’s just not that bright.

Week 18:  With the Patriots in danger of losing home field advantage in the playoffs, Commissioner Roger Goodell will issue a full pardon to Aaron Hernandez.  In a stirring, PCP-fueled performance, Hernandez will score 4 touchdowns to lead the Patriots to a win over Buffalo.  Unfortunately, Hernandez’s comeback will end on a bit of downer, as he shoots and mortally wounds Patriots owner Robert Kraft late in the 4th quarter.

Super Bowl:  The Patriots will beat Green Bay 31-28 on a last second touchdown pass by Tom Brady.  Packer linebacker Clay Matthews will freeze just as he is about to sack Brady to end the game.  After the game, Matthews will say:  “I had him.  Just had him.  Then I locked on to those dreamy eyes.  I just froze, man.  Damn, he’s beautiful.”

These are just the weekly predictions.  There are, of course, things that will happen every week.  These include the following:

There you have it.  Mark my words.  Some or all of this will happen.  Maybe.