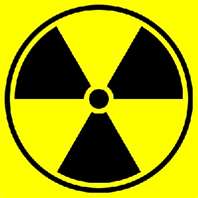 The New Great Seal of the United States

What if I were President?  I’ve thought about that.  Not much, but I have.  Mostly when something doesn’t go to suit me–which is fairly often.  “If I were in charge…”  I guess I don’t so much want to be President as I want to be a dictator, benevolent or otherwise.  But, what if I became President through some Electoral College snafu?

Despite what Rush Limbaugh and others in the Mainstream Media would have you believe, Obama and Romney are not the only candidates.  The Reform Party, The Green Party, The Constitution Party, The Objectivist Party, The Socialist USA Party and many others have candidates.  It’s not so crazy to think that an Everyman like me could pull this off.

Now, I would never want to run for President.  If you want to read about something like that, look no further than Al Franken’s book Why Not Me?  Okay, for my conservative friends:  Don’t start sending me comments about Franken being a left-wing, liberal Communist.  He might be, but he’s also a funny guy.  Read the book.  You’ll laugh.

I wouldn’t be a good campaigner.  I don’t like a lot of travel, and I am famously impatient.  I would do poorly in interviews.  Here is how it would go:

End of interview.  End of campaign.  Likewise, I would be a poor debater:

End of campaign.  There would be many other ways my campaign would end.  Someone would come forward with tales of a drunken debauch or mention that I fought a girl one time.  Women I dated in my youth would be glad to come forward and derail my ambitions.  That doesn’t even touch on the many photographs that may exist.  So, no, I would not run for President.  This doesn’t stop me from pondering the possibilities of actually being President.

Many of you have wondered what would I do as President?  I’m not saying you’d waste your time wondering what you would do, but I know you want to know what I would do.  Here’s how it would work:

Since I don’t belong to a political party, I’d probably be bombarded with suggestions from both sides. I’d go against conventional wisdom and go with Kim Jong Nam, estranged brother of North Korean Dictator Kim Jong Un.  Okay, there’s probably some rule that the VP has to be an American.  Surely, we can work around that for the good of the country.  Nam seems like a fun-loving guy plus he could give us insight into the goings on in North Korea.  Also, like his little brother, I’m sure he’s been trained to look at things.  That would save me a lot of time and travel. 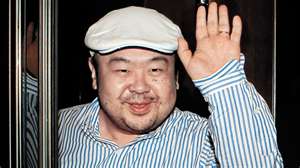 Nam was banished by his late father, Kim Jong il, for trying to enter Japan on a fake passport.  His explanation?  He wanted to see Disneyland.  What could be more American than that?

The first thing I’d do is announce that our new official policy would be a bitter hatred of foreigners.  I don’t really feel that way, but it would be for the good of the country.  Here’s how we’d deal with the problem spots around the globe:

I would do all this my first week in office.  I would call it the Michael Corleone Doctrine. That should take care of most of our problems.

I’d outlaw it.  Plain and simple.  If you’re so sickly that you are going to be a drain on our economy, go somewhere else.  REAL AMERICANS DON’T GET SICK would be our slogan.  It would be on every pick-up truck bumper in the country.  My approach would be the same as with sick kids going to school.  If your kid is sick, he or she should stay home.  If you’re sick, we’ll deport you, maybe to Canada.  No need to get the rest of us sick.

I’ll just tell people what they want to hear.  That seems to have worked for every other President.  I’ll craft my message to my audience:

We already spend almost as much as the rest of the world combined on our military, but THAT’S NOT ENOUGH!  Within my first 100 days in office, I’ll declare such obscure countries as Seychelles, Tuvala and Benin to be part of a Polygon of Evil.  I’ll also convince the public that we’ve angered the Martians and an attack is imminent.  It might also be possible to play off the popularity of zombie movies and plant that hideous scenario as a possibility.  The Amish and Hutterites will be tagged as domestic terror groups.  Personally, I will carry a pistol and brandish it wildly before Congress during the State of the Union Address.  My indiscriminate use of nuclear weapons will create a continuing need to restock our arsenal.  Don’t worry, there will be no defense cuts.

I’ll randomly pick a day and declare that everyone on U.S. soil is now a citizen.  In this way, we won’t have any more foreigners roaming around.  Then, I will construct a massive wall, but it won’t be on the Mexican border.  Instead, it will randomly zig-zag across the country.  There will be no point to it.

If it’s as big a mess as it is now, I probably won’t do anything.  If I do something, it will come down to two words:  Tax and welfare reform (that’s four words, I guess).

Lower taxes create more jobs and generate more money for the government.  It only follows that no taxes will do even more good.  We’ll probably have to repeal one of the amendments to the Constitution, but how hard can that be?  If my No Tax Plan won’t fly, I’ll issue an executive order that I won’t pay taxes.  The President is the No. 1 job creator.   Less taxes, the more jobs I’ll create.  Simple.

Welfare is a bit stickier, but I have a good plan:

Every President has his own style.  Ronald Reagan was the conservative icon.  Bill Clinton was “Slick Willy.”  There were Honest Abe, Old Hickory, Give ’em Hell Harry.  The list goes on and on.  I hope to be known as “Old Powder Keg.”  Here are some of the things I’ll do to leave my imprint: 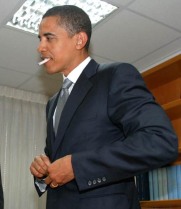 Our President missed his chance to make this the new look of the White House. 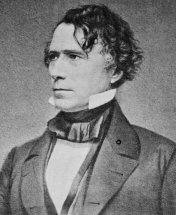 Franklin Pierce, our seediest President, will be my role model. 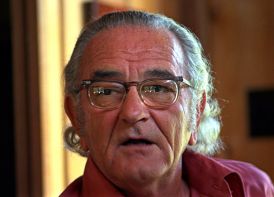 Unlike LBJ, I won’t wait until I’m out of office to sport a mullet

Although I fully intend to declare myself President-for-Life, I realize that my time in office will likely be brief.  My finals days will, no doubt, be weighed down by impeachment proceedings and assassination attempts.  There is also a strong possibility of emotional and/or mental breakdowns which go largely unnoticed by the public because of my volatile personality.  When it becomes apparent that I will not stay in office, I will abruptly quit without even giving a two-week notice.

After my resignation, I will immediately check into rehab for a dangerous addiction to bath salts and barely-legal Asian amputee pornography.  I will emerge a new man and spend the rest of my life giving speeches for 500K a pop.  Sweet.